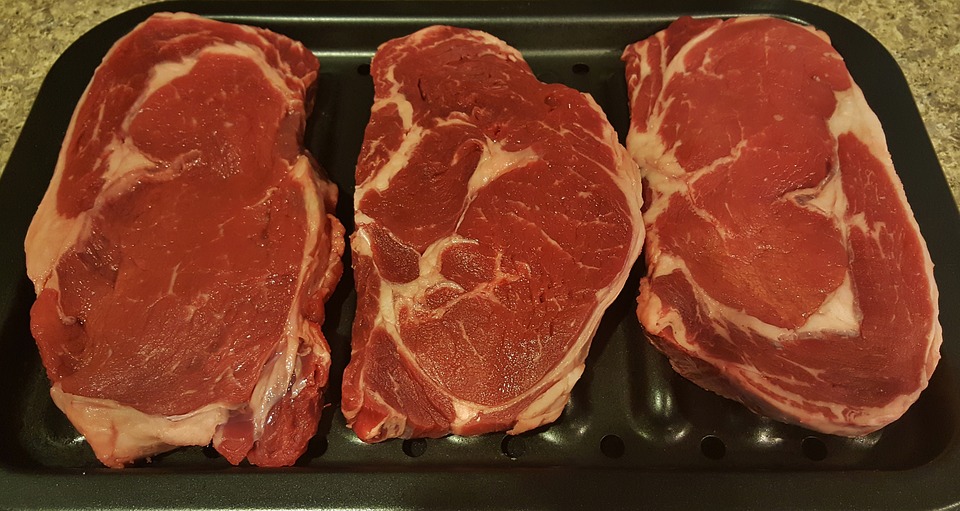 The amount of marbling of the cut of steak has always been an indication of its quality.

By USDA classification, a Prime cut is a steak with the highest quality because it has excellent amount of marbling which is said to give the beef its flavor and tenderness.

Butchers also judge the quality of steaks by the amount of marbling and put a price on them accordingly.

But Does Marbling Really Matter?

As a buyer, you have been told that the quality of steak depends on the amount of its marbling.

There are three types of fat in cattle, and one of which is the visible bands of fat between the muscle fibers known as marbling.

But do these white streaks of fat you see across the steak really give the steak its tenderness and savory taste when cooked? 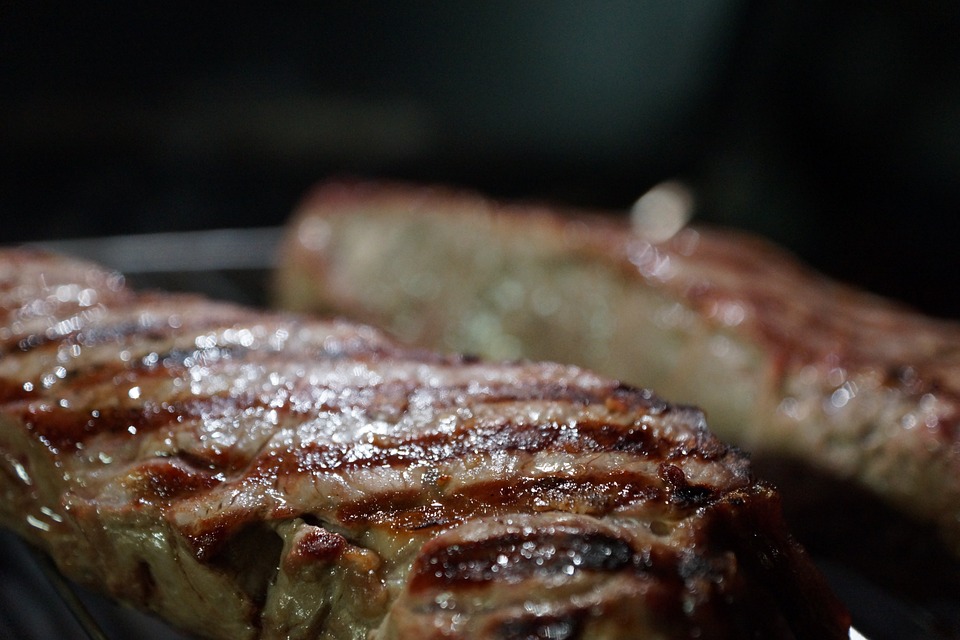 Not really, according to some beef experts.

Grass Fed Solutions , for example, has maintained that while a type of fat determines the quality of the beef, it is not the fat that can be seen with the naked eye, but the microscopic fat cells within the meat fibers, hidden within the red muscle tissue.

“Without these microscopic fat cells, beef will be tough and flavorless,” according to Grass Fed Solutions.

The microscopic fat cells are present in all breeds, whether the cattle is fed purely grass, or whether it eats other feeds, such as hay and grain.

The visible fat known as can’t be found in all cattle breeds, however.

Why Marbling Has Become an Indication of Steaks’ Quality?

Aside from the fact that marbling, or visible streaks of fat between the muscle fibers of the steak is not present in some cattle breeds, its abundance in cows who have them also depends on feed source.

But it doesn’t matter, because according to Grass Fed Solutions, marbling is just extra fat and does nothing to make the beef flavorful and tender. 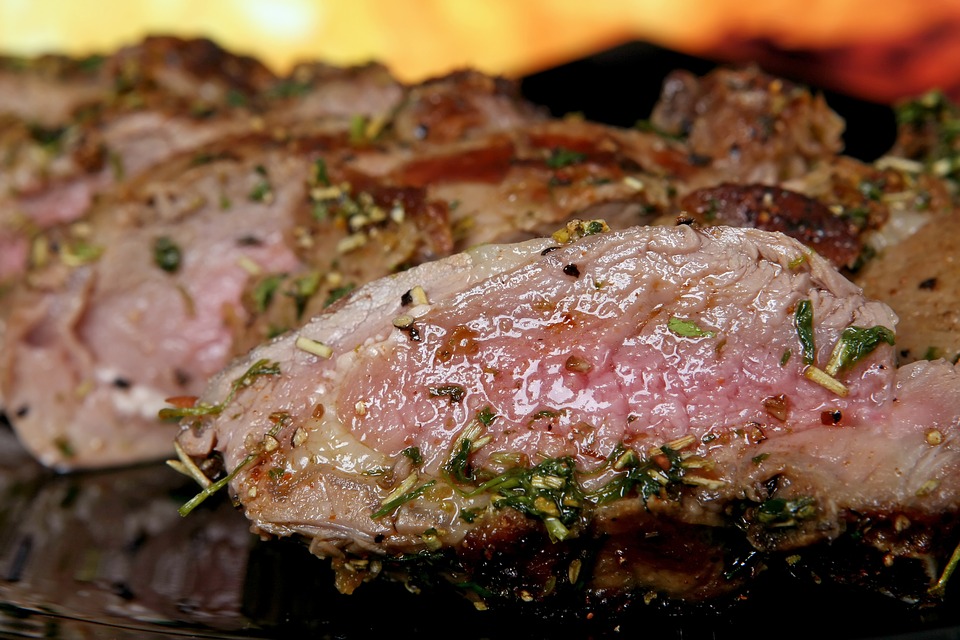 Why, after all this time, is the amount of marbling in the beef used as a measurement of the quality of the beef?

It has still something to do with the feed source of the cattle.

According to Grass Fed Solutions, virtually all cattle in North America had been finished in a feedlot, on a grain-rich diet.

It is only until recently that grass fed beef is widely available.

The traditional way of raising cattle, which involves keeping them in feedlot pens with large amounts of grain as sustenance, make the cows produce the excessive visible fat, known as marbling.

During the finishing stage of these cattle’s lives, marbling forms at the same time fat is deposited in the microscopic fat cells.

So people believe that if the beef has a lot of marbling, it also has a lot of the microscopic fat cells stuffed with flavor-inducing and moisture-filled fat.

As a result, marbling is a standard for measurement of the beef’s tenderness and flavor, according to Grass Fed Solutions.

The kind of measurement is quick and does not require laboratory testing. You can’t expect butchers to inspect each cut of steak with a microscope.

Questioning Marbling as a Standard for Measurement

The problem with using marbling as a “handy quick visual gauge” of the quality of steaks is that while it is practical and accurate in grain fed beef, it does not apply to steaks that do not have the visible streaks of fat called marbling in spite of being as tender as the beef that has excellent marbling, according to Grass Fed Solutions.

Judging the quality of the beef by its marbling is only effective as long as the beef comes from cattle that marble and were fed with grains.

But the rise in popularity of grass fed beef in North America and Europe could lead to a new (or separate?) grading system that focuses on the cattle’s feed source and lifestyle.

The new grading system hopefully would also take into account how much fat is stored within the microscopic fat cells.

Grass fed beef is becoming a popular choice among consumers for many reasons.

Grass fed beef comes from cattle that were allowed to graze and forage for their own fresh food.

The cows have a natural diet almost all year round, except in winter when they are fed alfalfa or any other close substitutes. 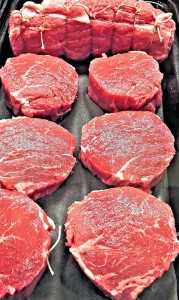 Because of how cows were raised and fed, their meat is low on calories and has higher contents of B vitamins and Omega-3s, compared with grain fed beef.

Grass fed beef is the leading choice for people who want leaner but flavorful steaks.

It is even highly recommended by the Paleo Diet.

If the grass fed beef is also organic, it is a much healthier option.

The organic label guarantees that the cows were not kept in overcrowded and unsanitary locations.

The cows were also not exposed to fertilizers and pesticides and were not given antibiotics, GMOs, hormones, or other synthetic contaminants.

These things are done to give you a healthier meat that is leaner but is still flavorful and tender.

Ready To Enjoy That Juicy Tender Steak Every Single Time?

1. Get the Best Steak. Cooking steak to perfection is only 50% of success!
The other 50% come from great quality steak and I recommend you get those from here. Especially their grass-fed beef (they also have poultry, pork and loads of game!) 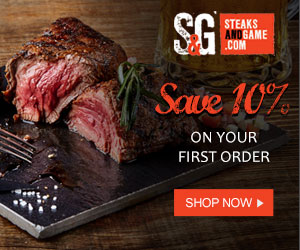 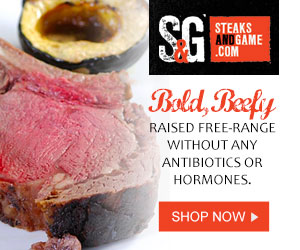